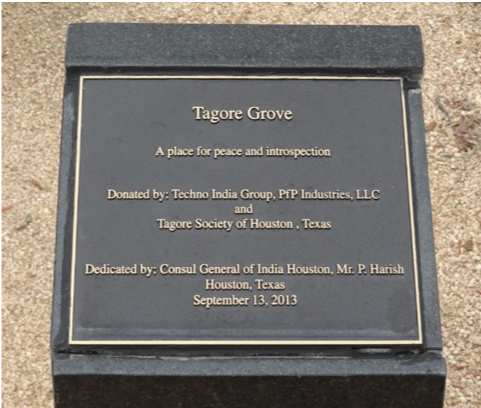 The founder of Tagore Center Foundation (TCF), Ruma Acharya – Deysarkar visualized a memorial for Tagore right in the heart of Texas in the City of Houston – a multi-racial, culturally and ethnically diverse city in the United States. With the generous approval of the Honorable Commissioner of Harris County, Pct 3, Steve Radack, Ruma Acharya was able to have a full figure (6’4″) bronze statue erected at the northwest corner of the Ray Miller Park of Harris County. Ray Miller Park is located at the south side of the intersection of Eldridge and Briar Forest Road in Houston, Texas. The statue sits inside a wrought-iron fenced enclosure with an arbour with flowering vine behind the statue. Rose bushes, as well as Weeping Willow trees and Gem Magnolia trees, are planted around the fenced enclosure. Red crushed granite pathway towards the statue is a reflection of Tagore’s hometown, Bolpur and its red soil (ranga maati).

The project was primarily financed by Asoke K Deysarkar of PfP Industries and Satyam Chowdhury of Techno India. The bronze statue was designed and built by the renowned sculptor, Gopinath Roy and Kamal Mondal of Calcutta Art College. The statue was brought to the USA by the freight line of PfP Industries. All groundwork and erection of the statue at the Tagore Grove were made possible with the help of free labour donated by the construction crew of Scindia, LLC – a company owned by Ruma Acharya-Deysarkar and some small contribution of a selective few TSH members. The landmark full-figure bronze statue of Rabindranath Tagore at the Tagore Grove symbolizes and promotes Tagore’s vision for “Borderless Mind” and “Universalism”. It creates an ambience for the international community and its visitors to come together and promote Tagore’s vision for international peace and harmony. 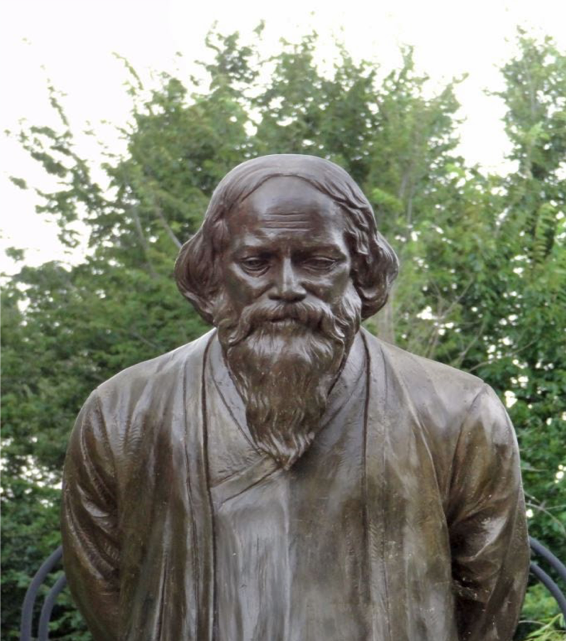 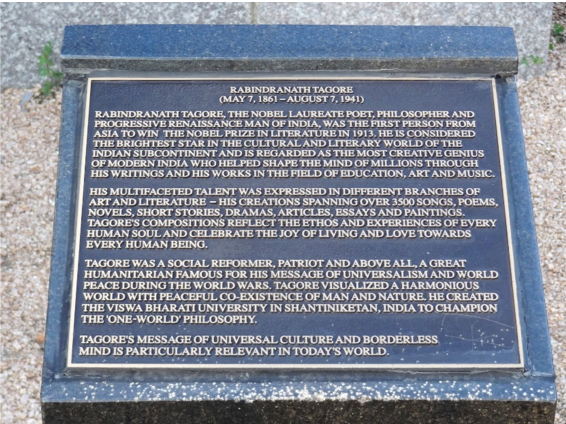